Setting up your own name servers (vanity) on "only" 1. Web server with Plesk. This tutorial explicitly refers to the following environment
- 1und1 Dedicated Server / Cloud Server and all hosting contracts with additional IPv4 / IPv6.
- 3 IPv4 [1 default IPv4 (webhosting) and 2 IPv4 for own DNS server]
- Plesk with DNS server as "Primary Name Server".
Operating system and web server (Apache with or without Nginx, or IIS) is unimportant

Your own DNS servers can only be created successfully if you proceed exactly in this order.

There are about 40 different possibilities which lead to failure.

This is the first public tutorial for setting up own Vanity DNS Server on a 1and1 server with Plesk software.

Set the first IPv4 as A-record of the first DNS domain.

Set reverse mapping for each domain on the IPv4 on which you have previously defined the A-record. 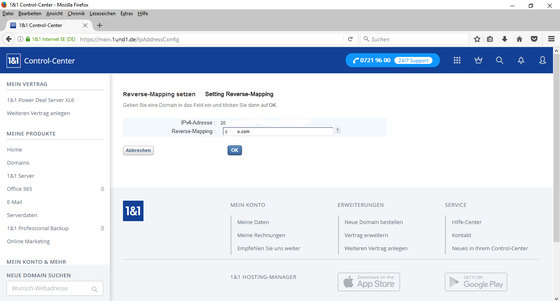 Create ns1 and ns2 subdomains for both name server domains.

Go back to the domain overview and click on "Manage subdomain" on the first Nameserver domain.

Enter the first additional IPv4 at ns1.example.com under "Other IP address"

Enter the second additional IPv4 at ns2.example.com under "Other IP address"

It is a different main domain, but with the same subdomain IPs.

Here is the highest risk of making mistakes.

This creates the magic clue records. Because the subdomains' nameservers also change to ns1.example.com (ns2.ex..), the IP addresses of subdomains are neither visible nor can they be changed.

A self-contained vanity name server complex is born from the fire of the domain nameserver system. 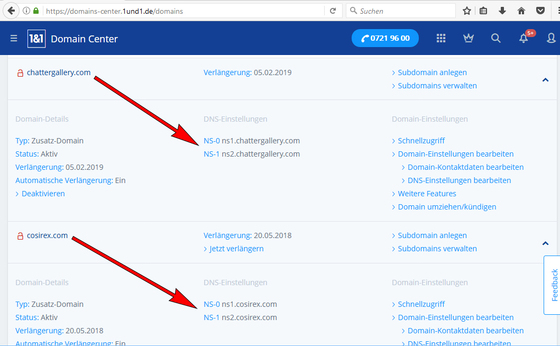 Now we come to the amazing Super PLESK server, whose DNS server works so competently and error-free that you have to set only two tiny entries per domain so that the "own Vanity Nameserver construct" unfolds its power and runs, and runs, and runs ...

I would like to say a short sentence to PLESK: From the experimental phase, the PLESK, which was formerly lauded by experts, has become an indispensable constant and institution in the web server segment.

Of course, first the two new, additional IPv4 must be added to the IP pool in PLESK! 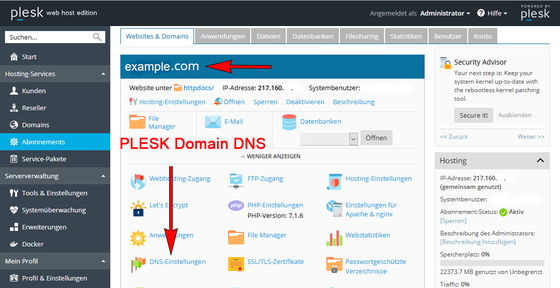 I would like to say a short sentence to PLESK: From the experimental phase, the PLESK, which was formerly lauded by experts, has become an indispensable constant and institution in the web server segment.

Three years ago I was told by an employee of the 1und1 server support "Achja, Plesk, who have just re-invented themselves, version 12 or 12.5, now a self-repairing fine-tuning tool to realize web projects with the highest demands or professional webhosting. Letsencrypt with even server certificates, GIT, Docker, Apache pur, Nginx as reverse proxy, or Nginx only let developers dream and beat faster. PLESK has become an innovative, modern, lucrative inventory for IT admins, customers to individual users.

Yes, I have also learned to love PLesk, as well as the best community software in the world - Woltlab - in the safest, the best price-performance servers of 1und1. The perfect synphony from the deepest conviction and after exactly 11 years of user experience in this perfect design. Thank you all....

No access to Plesk Panel – Error 500 – What to do now?
MySQL server doesn't start?
Solution: You have to delete MySQL socket! The rebirth of the MySQL socket.
Only two little commands are the ultimate solution after an unsuccessful start of MySQL server and the entire Plesk panel.
Have fun with the following solution. Knowledge is power.

This site uses cookies. By continuing to browse this site, you are agreeing to our use of cookies. More Details Close